Writing Lessons from the Front 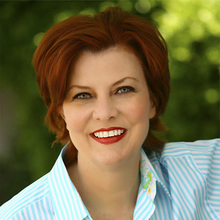 The author of more than 185 published books and with over five million copies of her books sold worldwide, Angela Hunt is the New York Times best-selling author of The Tale of Three Trees (Cook Communications), The Note (Thomas Nelson), and The Nativity Story (Tyndale House).

Hunt began her writing career in 1983. After five years of honing her craft and writing for magazines, she published her first book in 1988. Since then, she has written over one hundred eighty books of fiction and nonfiction, for children and adults. Her collaborative non-fiction books, Don’t Bet Against Me, written with Deanna Favre (Tyndale House, 2007), Why I Stayed, written with Gayle Haggard (Tyndale House, 2010), and Misconception, written with Shannon and Paul Morell (Simon & Schuster/Howard Books, 2011) are all New York Times bestsellers.

Angela’s novels have won or been nominated for several prestigious industry awards including the RWA’s RITA Award, the Christy Award, the ECPA Christian Book Award, and the Holt Medallion. Eight of her novels have won Angel Awards from Excellence in Media; four have received ForeWord Magazine’s Book of the Year Award (for The Novelist, The Justice, The Canopy, and Unspoken). Romantic Times Book Club presented Angela with a Lifetime Achievement Award in 2006.

Angela’s best-selling novel The Note was filmed as the Hallmark Channel’s Christmas movie for 2007 and quickly became one of the channel’s highest rated original movies. The made-for-television sequel, The Note II: Taking a Chance on Love, aired in February, 2009, and enjoyed similar success. Notes from the Heart Healer, the third installment of what is now one of Hallmark Channel's highest-rated  series of all time, aired in May 2012.

Angela often travels to teach writing workshops at schools and writers’ conferences and has received Lifetime Achievement awards from American Christian Fiction Writers and Romantic Times Magazine. To keep in touch with her readers, Angela is active on social media and maintains a vibrant web presence through her website.

She and her husband make their home in Florida with mastiffs. In 2001, one of her dogs was featured on Live with Regis and Kelly as the second-largest dog in America.

Have you ever wanted to attend a writer's workshop but couldn't find the time? Are you struggling to take your work to a higher, more professional level? This class could be perfect for you.

Recorded live at a two-day event with students much like you, Angela Hunt teaches writing as only she can--simply, creatively, and spontaneously. But this course includes so much more--each video is accompanied by a lesson you can download, study, and refer back to whenever needed. To help you apply the information to YOUR work, each "chapter" also includes worksheets for you to fill out for your manuscript.

Providing information for both fiction and nonfiction writers, Dr. Hunt covers topics such as plotting, character development, pacing, traditional and self publishing, self-editing, formatting, and much more.

So take this course. Refer back to it often. And watch your writing become deeper, more professional, and more polished.

Testimonials from students at one of Angela Hunt's writing workshops:

"I’ve been learning writing skills and technique from Angie for years. She knows this craft inside and out and can teach everything you need to know in order to complete a manuscript you can be proud of."
--Kay Day, author of Match.

"Angela's abounding energy and enthusiasm were the main ingredients that held my attention for the two days. Lots of new info in her book and the workbook. Felt I received MORE value than the cost of the program." --Student

"I have several projects in mind, but didn't know how to get started. This event provided all of the practical information I needed to get started. Thank you!" -- KathyHunt's lessons on the Story Skeleton crystallized my understanding of plot structure. "

Angie, thank you for presenting your wonderful coaching class . . .  I learned so much that will help me in the days ahead. I love your teaching style and the way you are able to come up with lines and characters "on your feet." I don't know that I'll ever be able to do that but, with the tips you gave us, I do know I'll become a better writer.

Angela Hunt was most valuable to me because she is such a great teacher.  She knows the craft and is enthusiastic about helping writers grow and develop.

Awesome!  Angela was down to earth and a great instructor.

Workshop was fantastic.  I’m excited about getting started on my novel.  Great presentation and vitally useful information for novelists.